According to our chancellor (who I do not have the same amount of venomous disregard for as our prime minister), the ‘forces of hell’ were unleased upon him by 10 Downing Street when he said a while back that this recession would be the worst in 60 years.

Of course, he was right. Though he didn’t go so far as to say that dictator Brown had caused it, or allowed it to happen.

Maybe it is just something for my interests but the link in the title gives access to the paths that hurricanes have taken in the US since 1850.

I found it interesting anyway!

So where will all London’s crap promoters go if it does close?

Story link in title as usual

Well we have had two successful Gulf Wars – why not a second Falklands War?

Back in 1982, Maggie was at the height of her unpopularity (though I would argue not strictly her fault, she had a backlog of really serious problems from the second half of the 1970’s to fix, and she was brave enough to fix things rather than placate people’s selfish interests)…anyway along came the Argentinians and invaded the Falklands.

Maggie became a very popular Prime Minister almost overnight thanks to her tough action to defend our sovereignty.

Now the Argentinians are talking tough about wanting sovereignty over the islands, and are blocking shipping in certain areas around there. And as a side-issue there are talks of substantial oil deposits. Both the UK and Argentina have debt issues. Oil would be very useful.

Now call me sceptical but we have an election coming soon. If it made a very unpopular Maggie popular again, could it do the same for dictator Brown? And I am not an expert in Argentinian politics but I believe the Kirchner’s who are currently ruling, are not popular either.

Could it even be some kind of dodgy underground agreement between the leaders of the two countries to make them more popular?

Anyone remember the news story over the deadly drug cake? Video link in title.

Check the link in the title for pages of sets to listen to that are really old. And some from 2010 too, but it is the old ones that I am pointing out

There is allsorts – I thoroughly recommend!

OK, my expectation for milder weather around 20th is defunct. We will stay with the cool/cold weather, and it will often be unsettled.

On the plus side, Friday, Saturday and Sunday should stay dry and there will be some sunshine. There is though a chance of some heavy rain/snow developing either late on Saturday or Sunday – but only a chance. The nights will be noticeably cold with a good frost (unless it rains/snows).

For next week, expect a fair amount of rain. Or snow? Rain is the most likely outcome for Berkshire where I live, but some parts of England will get snow. It could feasibly happen any day.

Equally there is the potential of a milder day or two in the middle of the week, say 10’C.

I expect this cool and wet pattern to continue until the end of February, perhaps March.

Ever get annoyed about the dust and dirt in between the keys on your keyboard and want to know how to clean it?

Buy an Air Duster. For intensive blowing action. Only a couple of quid on Ebay.

“You will not see endless relaunches, initiatives, summits – politics and government as some demented branch of the entertainment industry. You will see a government that understands that there are times it needs to shut up, leave people alone and gets on with the job it was elected to do.

“Quiet effectiveness: that is the style of government to which I aspire. And I also know that because we believe in trusting people, sharing responsibility, redistributing power: things will go wrong. There will be failures.

“But we will not turn that fact of life into the tragedy of Labour’s risk-obsessed political culture where politicians never say or do anything that really matters, or really changes anything, for fear of getting some bad headlines.”

Ahh, responsibility, trust, redistribution of power…now that is what I want to hear 🙂 Not that I was ever likely to vote anything other than Conservative even if a green looney was running it, such is my hatred for Gordon the clown and what he has done to the country all in the name of keeping himself in power. 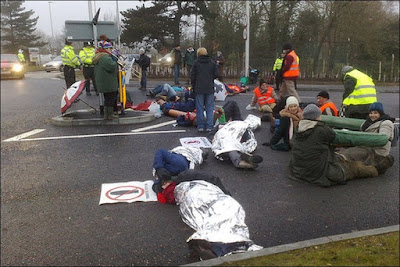 That is all I have to say.