Thanks to my friend Martin for locating this gem… (did you go to Scotland, Martin)? 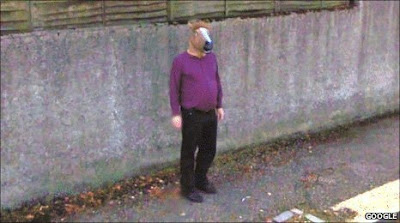 Mystery surrounds a man wearing a horse’s head who has been captured on Google’s Street View in Aberdeen.

The man – who has become known as ‘horse-boy’ – can be seen in the Hardgate area of the city.

The sighting has become a popular attraction on Google’s service, which offers a photographic map of streets.

The man is wearing dark trousers, a purple shirt – and a brown and white horse’s head.