As you can see on the below map, Moldova appears to be the only country/territory in Europe which has not given me a visitor to my blog. 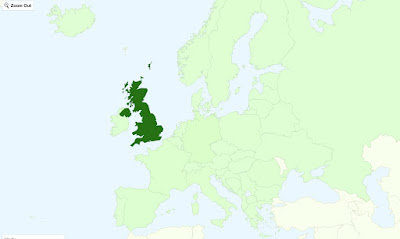 This is despite 36% of the population using the internet in 2009 in Moldova.

Why could this be the case?  Why do Moldovan’s not want to read the wise words of James Winfield?

Apparently 30% of the population speak some English, which is more than I speak Moldovan.

Moldova, including the semi-autonomous (or more accurately, lawless Russian-gangland) area of Transnistria has a population of 2.7million.  Norfolk Island with it’s 2,000 population has given me 4 visitors.

There are lots of stray cats and dogs.

80% of the population is below the poverty line.

It became independent from the Soviet Union in 1991.