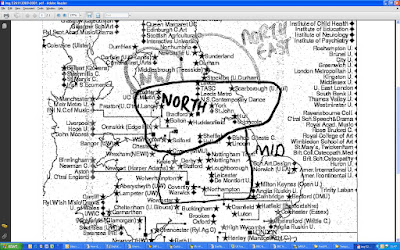 I would just like to confirm what part of the country the North is.

It is approximately 30-40 miles either side of the M62. It includes Blackpool, Scarborough, no further south of the river Humber, but does slope south-westwards to include Chesterfield and Sheffield, but definetely not Derby. Then westwards to Crewe, and just about includes Cheshire, but not the set of Hollyoaks.

Definitely not Birmingham, Cumbria or Newcastle. They are the midlands, the north-west and the north-east respectively.

Hope you appreciate the geography lesson. And all of these towns have a rugby league side. Any with a rugby union side of similar stature to the league side (such as Leeds) are traiturous northern places. Though as Sven loves Leeds, I do not propose it to be nuked.